Chocolate comprises a number of raw and processed foods that are produced from the seed of the tropical cacao tree. Native to lowland, tropical South America, cacao has been cultivated for at least three millennia in Central America and Mexico, with its earliest documented use around 1100 BC.

What’s the problem?
The uniform sheen and crisp bite of properly processed chocolate are the result of consistently small cocoa butter crystals produced by the tempering process.
The fats in cocoa butter can crystallize in six different forms (polymorphous crystallization). The primary purpose of tempering is to assure that only the best form is present. The six different crystal forms have different 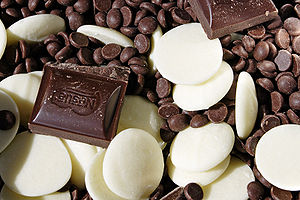