Radioactivity – unstable atomic nuclei release subatomic particles. The phenomenon of radioactivity is observed in heavy elements such as uranium.

Radiation – The main types of emissions from radioactive substances are: Alpha Radiation, Beta Radiation, Gamma Radiation, and X-rays. Gamma and X-rays are very powerful and potentially very dangerous. They can pass through virtually anything, and are effectively shielded or absorbed only by materials of high atomic weight such as lead. Because of their penetrating ability, X-rays are used to see inside the human body, destroy cancer cells in radiation therapy, or analyze the internal structure of rocks and minerals, for instance.

Cosmic radiation – Gamma rays produced naturally by the sun and other bodies in outer space, and transmitted to earth

Geiger counter is a device to detect radioactivity.

Radioactive waste disposal – reduce the radioactivity of the stored byproducts. 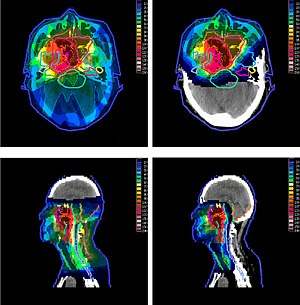 Because radiation provides great benefits of abundant clean energy and medical and scientific innovation but has potentially serious negative impact on the environment and life if not handled properly, radioactivity is a topic of considerable interest.

Geiger counter is a device to detect radioactivity, or ionizing radiation. A typical Geiger counter consists of a Geiger-Mueller tube, a visual readout, and an audio readout.

The Geiger-Mueller tube or detector is the heart of a Geiger counter. It is a type of ionization chamber that counts particles of radiation. That count is read by the user through a visual readout in the form of a traditional analog meter, or an electronic LCD (liquid crystal display) readout.

Do it
Now it is your turn. Here are some challenges for you to work on…